Social justice-focused, BIPOC-led news right in your inbox.
Share
Image courtesy of artist, Nathaniel Ruleaux, member of the Oglala Lakota Nation. His work combines modern art with traditional Indigenous imagery questioning the present and fighting for the future. He says he saw this dancer at A Tribe Called Red concert at The Kennedy Center in DC. Seeing the dancer wearing her jingle dress in the stage lighting captured his eye.

This story originally appeared at NOISE Omaha, and is republished with permission as part of a partnership between Prism and NOISE.

Mid-October was already bitingly cold in Nebraska, but Rebecca Mesteth (of the Pine Ridge Reservation), along with some close friends and family gathered in Omaha’s Gifford Park, honoring the Native elders lost in her community this year to COVID-19. As she burns a bundle of sage, Rebecca smiles and pulls her shawl tighter around her shoulders. After warming up, she dances a traditional side-step dance.

When her friend, Daryl Wounded-Shield, passed away in October, Rebecca was called by a caseworker in Iowa, even though Wounded-Shield lived in Nebraska. He was connected to the Omaha tribe of Nebraska and other tribes in South Dakota. Given that Daryl didn’t live on a reservation, Rebecca says she doesn’t know if any of the tribes he’s connected to were told of his passing. This is not an uncommon experience, as Dr. Desi Rodriguez-Lonebear, director of the Data Warriors Lab and a member of the Northern Cheyenne Tribe says, tribal citizenship is not required on any federal death records. Death records, as well as positive test results, are important resources for contact tracing. Because of this, experts like Rodriguez-Lonebear call for better record keeping as American Indians and Alaskan Natives are the second most likely demographic to die from COVID-19 nationwide.

She explains this creates breakdowns in the data exchange between local, state, and federal databases. These breakdowns happen because there is no nationally unified process handed down to the states, leaving the states and sometimes even individual local public health departments to set their own standards. Without strong requirements enforced from the federal government compelling states to collect data on tribal affiliation or citizenship, much of this statistically critical and generationally sacred information is undoubtedly lost.

Reporting done by NOISE over the past month reveals there are different standards for COVID-19 data collection regarding tribal affiliation for different local health departments in the state of Nebraska. This mirrors what is seen nationwide, it’s up to the individual local public health departments to choose if they allow Native people to note their tribal affiliation. 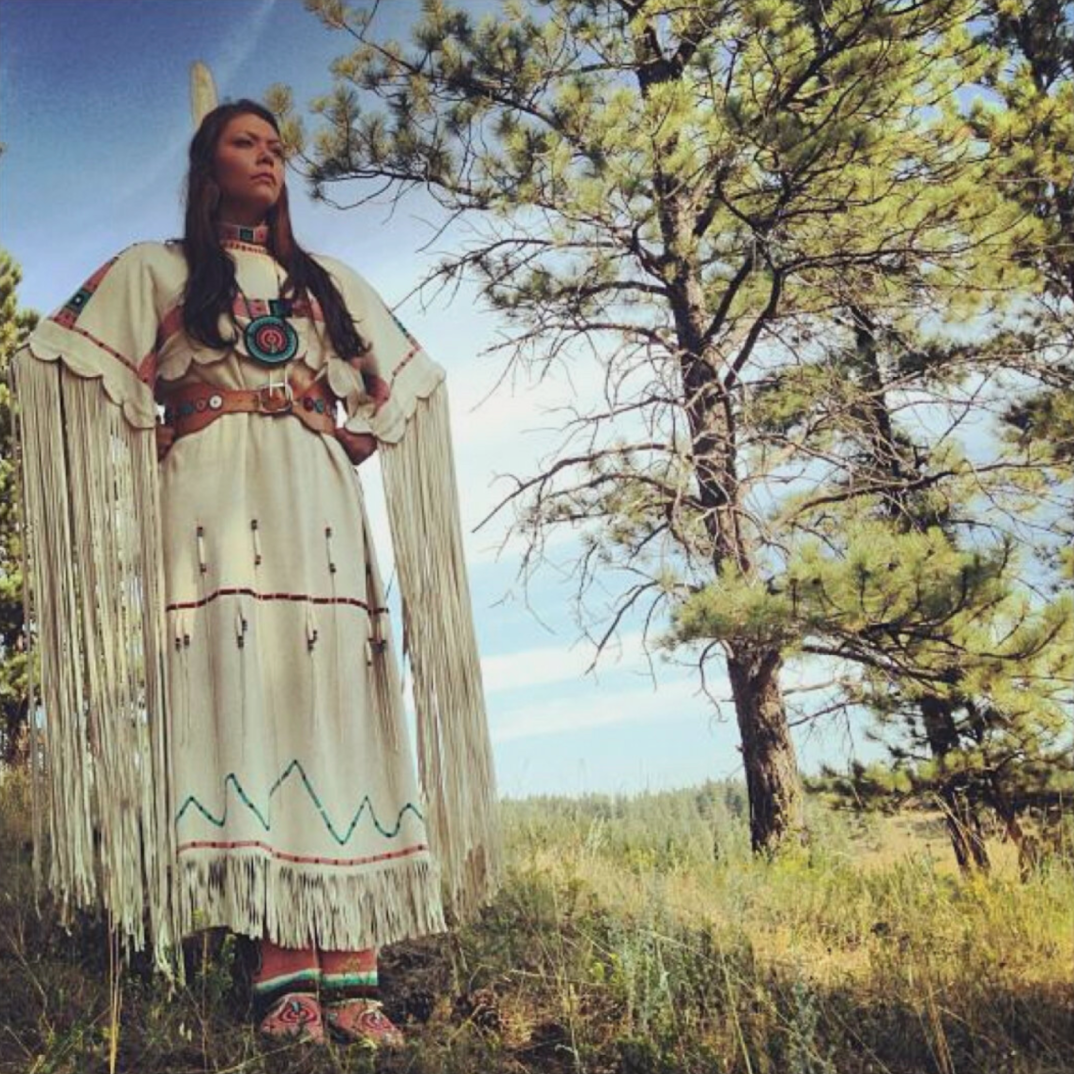 The majority of race information for COVID-19 cases within Nebraska and nationally, is gathered through follow-up contacts with patients after testing positive, meaning very little is known about the rate of testing for American Indians/Native Alaskans as a whole. Most states including Nebraska are reporting this information at the state level for positive tests results only. In fact, according to the CDC only five states are tracking race demographics for testing in general, and in those five states the tests for American Indians/Alaskan Natives usually make up about 1% or less of all tests performed in that state. Because of this, those in public health such as Johns Hopkins research partner, Dr. Talia Quandelacy of the Zuni Tribe say coronavirus cases for American Indians and Alaskan Natives are likely being undercounted. Quandelacy worked with Johns Hopkins to develop their mapping platform to track COVID cases among Tribal nations.

The Hopkins website clearly states, “American Indian and Alaska Native (AIAN) communities are experiencing some of the highest rates of COVID-19 in the country. There are, however, substantial gaps in the availability of COVID-19 data from tribal communities in publicly available data sources and data displays.”

According to Rodriguez-Lonebear and Quandelacy, the issue is multifaceted. Not only do they say the virus’s impact on Native populations is likely underestimated at the national level due to piecemeal data collection informing federal databases, but there is also the issue of alerting the tribes to positive cases for people who don’t live on a reservation. Today, under 25% of American Indians live on reservations, but many tribal members living in urban areas travel frequently to reservations visiting friends and family. And knowing who is moving on and off your reservation is important for contact tracing. Quandelacy and Rodriguez-Lonbear say it’s critical for tribes to be informed, so that if  people affiliated with their tribe have tested positive so they can follow up and stop the spread of the virus both on and off reservations.

Public health experts emphasize the importance of contact tracing in communities with rising cases and cases are indeed surging in the Northern Plains and Midwest states. In at least four of the seven states with the highest daily case counts currently, American Indians and Alaskan Natives are the most likely to die if they contract the virus. Nebraska is one of those four states. 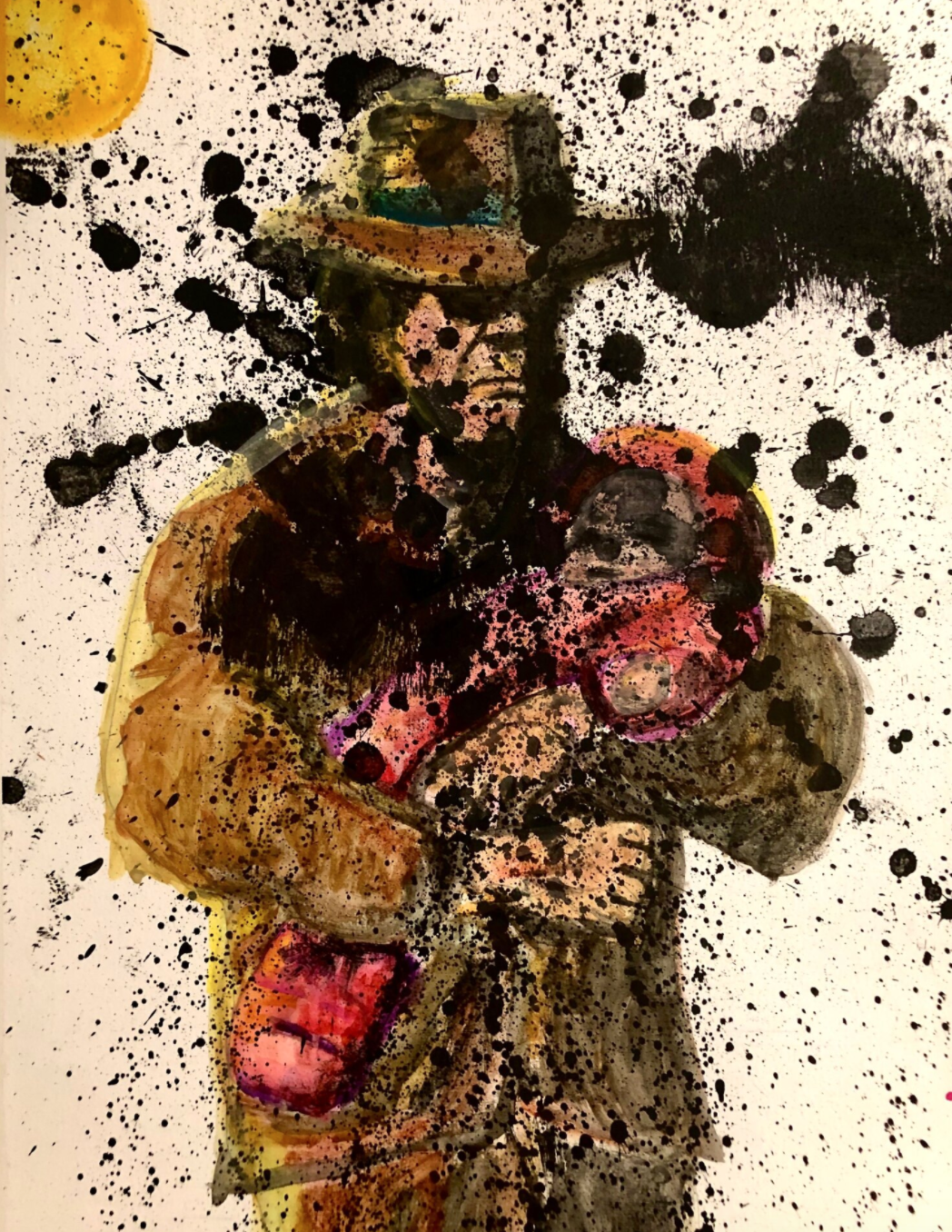 Reservations within these regions often crossover state lines, another element complicating contact tracing. It is especially difficult to get case information to a tribe headquartered in a different state from where the test was performed. For example, the Pine Ridge Reservation, home to the Oglala Sioux in South Dakota, is just over the Nebraska state line. So, tribal members may live and be tested for the virus in Nebraska, and without a personal address on the reservation, there is no streamlined path for information to get from a commercial or state-run clinic back to the Oglala Sioux. The Tribal Health Administrator for the Oglala Sioux, Deloris Pouier, told NOISE they’ve begun working with a local health department over the border in Nebraska to improve the flow of information across state lines.

Rodriguez-Lonebear says the data issue is a symptom of the larger systemic issue of Indigenous erasure, which has been part of American history for generations before the coronavirus pandemic.

“These systems aren’t working for us. These systems were created to facilitate our demise. So we have to fight back from a systems perspective as well and the data is part of that as well. If we’re not in the data, we’re invisible. And that’s part of this entire narrative of Indigenous erasure in this country,” as Dr. Rodriguez-Lonebear puts it.  Leaving out or misrepresenting Indigenous people is not unique to public health or 2020. But the pandemic is now hovering over this issue like a magnifying glass as cases rise in the Midwest and Northern Plains states with high mortality rates among Indigenous and Native communities.

Emily Chen-Newton is the interim managing editor for NOISE.
Give today and support BIPOC-led journalism!