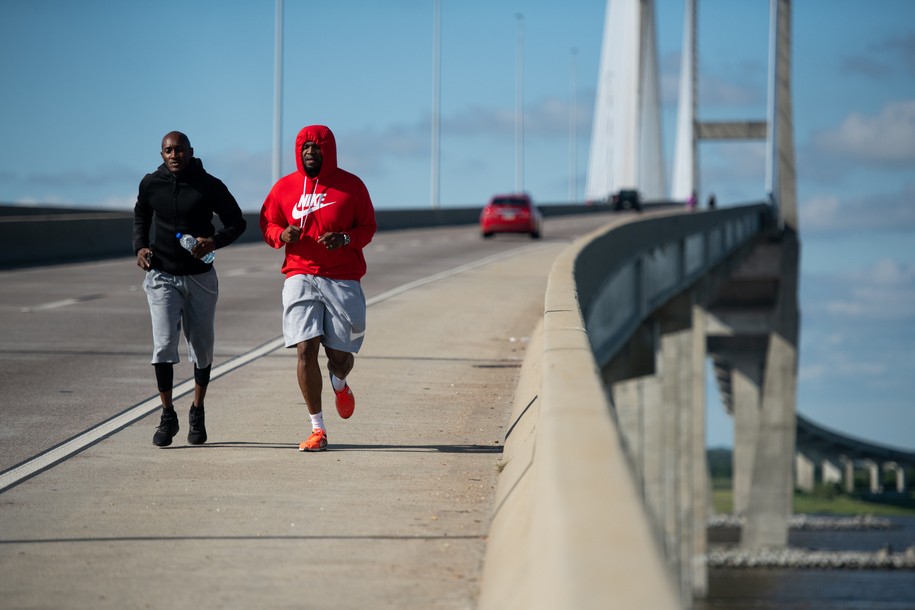 In the wake of the Feb. 23 killing of 25-year-old Ahmaud Arbery by white vigilantes on the outskirts of Brunswick, Georgia, the idyllic veil is being lifted off the state’s so-called “Golden Isles” that include St. Simons Island and Brunswick, revealing a history of systemic oppression and systematic racism. Once a haven for descendants of Africans who were enslaved there, St. Simons is now 96% white and 2% Black, with a median household income one and a half times higher than the state average. Meanwhile, Brunswick, where some of St. Simons’ displaced Black community has settled, is 38% white, 57% Black, and more than one-third of its residents live in poverty.

Brunswick is one of many majority-Black communities in the U.S. dealing with environmental racism, which Dr. Robert Bullard, the “father of environmental justice,” defines as “any policy, practice, or directive that differentially affects or disadvantages (whether intended or unintended) individuals, groups, or communities based on race or color.”

One of the town’s Superfund sites, Hercules 009 Landfill, is located behind Altama Elementary School, both mine and Arbery’s alma mater. Students of color comprise 87% of the school’s population.

Waste cleanup activities at the Hercules 009 site took place in the 1990s, and the EPA says it doesn’t pose a threat to humans or the environment. However, the EPA also concluded that testing conducted at the site wasn’t appropriate for measuring the toxaphene contaminants left there by Hercules, the resin manufacturer that was ordered by the EPA to shut the landfill down in 1980.

The Agency for Toxic Substances and Disease Registry (ATSDR) has reported convulsions and damage to the kidneys and liver in humans with significant exposure to toxaphene, a once-popular pesticide banned in 1990.

Anchored by local nonprofit Glynn Environmental Coalition (GEC), community members persuaded the board of education to rebuild Altama Elementary elsewhere in 2018. GEC keeps residents informed of environmental threats posed by Superfund sites, as well as waste cleanup activities at the sites, which are overseen by the EPA and the Georgia Environmental Protection Division (EPD).

One such resident is Semona Holmes, who’s on the steering committee of the Urbana/Perry Park Neighborhood Planning Assembly (NPA), which invited GEC’s executive director, Rachael Thompson, to present on Brunswick’s Superfund sites at one of their first ever meetings in 2018. Holmes was floored to learn that hazardous sites have contaminated local waterways, and thus, local seafood. “I was appalled that me and my family had been fishing and crabbing here because we thought it was safe,” Holmes said.

Holmes’ majority-Black neighborhood is near the causeway, right in Hercules’ backyard. According to Thompson, the primary route of exposure to toxins for Brunswick residents is through eating seafood contaminated by toxaphene from the Terry Creek site or polychlorinated biphenyls (PCBs) from LCP Chemicals, a Superfund site that was contaminated by five different industries from the 1920s until 1994.

The presence of toxic chemicals in local seafood prompted GEC to establish their Safe Seafood Program, which raises awareness about seafood consumption advisories in Glynn County and the risks of eating contaminated seafood.

Hercules, now called Pinova after changing ownership a few times, has been dumping hazardous waste in Brunswick for more than 100 years. In their plant, rosins and oils are extracted from pine stumps to be used in products ranging from adhesives to fragrances. Hercules/Pinova was once known for its pungent odor, which Holmes said she now smells only about once a week as opposed to daily.

Pinova was issued enforcement orders by the state EPD in 2016 and 2017 for violating the Air Quality Act. GEC and others are hoping if Pinova’s hazardous waste permit is renewed by the state Department of Natural Resources that the EPD will require them to submit a corrective action plan for cleaning up waste on their property within 90 days of the renewal.

Hercules is also responsible for another local Superfund site, Terry Creek Dredge Spoil Areas/Hercules Outfall, where they once operated a pesticide production facility and discharged toxaphene waste into a saltwater tidal creek and a marsh. Waste cleanup is still underway at the 813-acre Terry Creek site, a process that began in the 1970s.

Despite the host of toxins in Brunswick’s environment, Thompson says there has never been a large-scale study of how they affect residents. However, GEC’s founder, Daniel Parshley, personally studied the effects of PCBs in the local population. PCBs mainly affect people with uteruses of childbearing age, children, and fetuses. They can cause endometriosis, which deteriorates the lining of the uterus, and may lead to removal of the uterus.

“There was a time when Daniel [Parshley] dove into the rates of hysterectomies in the county, and the way he described it was that if you look at how frequent hysterectomies are in Brunswick, you could correlate that rate with a population that has been heavily exposed to PCBs,” Thompson said.

Furthermore, in 2012, the ATSDR tested samples from nine Black people from Sapelo Island, which is 25 miles from Brunswick, and found higher-than-normal levels of PCBs in their blood. These chemicals are clearly harmful, but shutting down and regulating toxic industries is complicated in a town with few economic opportunities.

“In the early ‘90s, they shut down LCP Chemicals,” Thompson said. “It was a very contentious action because it supported so many families in Brunswick and so did the Hercules plant for decades. The community was battling industry, the community was battling the economy, and the environment came last compared to those things. Some of that attitude still exists today. We’re definitely not in a place where the environment gets put first.”

Holmes believes systemic racism factors into the city not holding polluters accountable and also plays a role in their neglect of rampant flooding and waste management issues in Brunswick’s Black neighborhoods—occurrences that don't happen on St. Simons.

“If you say to me that Hercules, sitting right in the middle of a predominantly Black community, is knowingly allowing their wasteful, toxic chemicals to be poured into the soil and the correct process is not being followed, I don’t see any other way to think of it except they don’t care about the Black community,” Holmes said.

Holmes’ calls to the city for neighborhood improvements often went ignored until the Urbana/Perry Park NPA was formed and city officials began showing up to their meetings. She’s worried the NPA may lose momentum due to the COVID-19 pandemic preventing them from meeting monthly.

Still, Holmes sounded resilient as we discussed the tragic killing of Arbery. “I don’t think that his death was in vain,” Holmes said. “I certainly wish that he didn’t have to die, but I think his death has really awakened us and unmasked some of the people in this community who have high-powered positions for who they really are.”