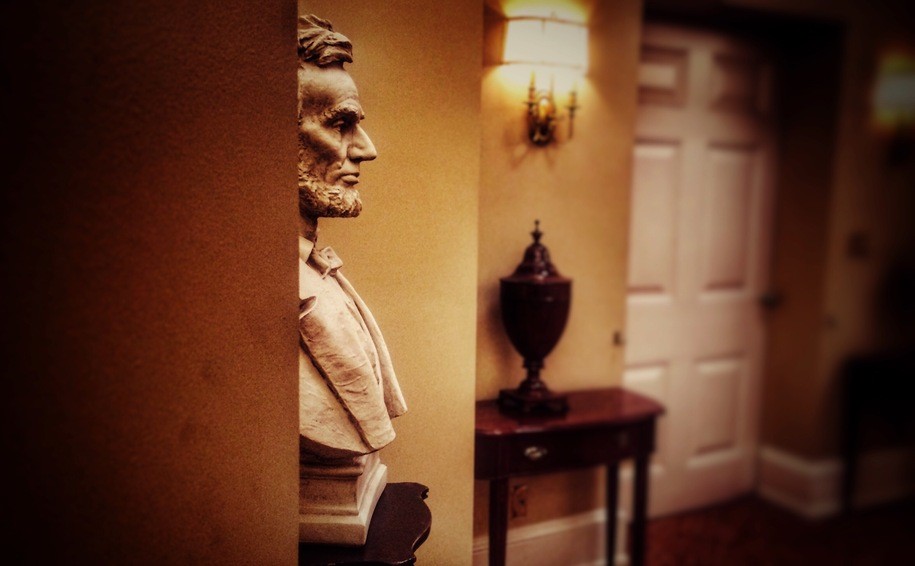 As the country grapples with ongoing protest and critical policy demands, MSNBC political analyst and SiriusXM host Zerlina Maxwell declares an end to white-centered politics in her new book. A timely read, The End of White Politics: How to Heal Our Liberal Divide contends that American politics cannot continue to disregard blind spots around race and injustice.

Maxwell points to a necessary realignment of the lens through which politics is produced and experienced, challenging Democratic candidates, the political strategists employed to assist them, and the media industry to do better. Directly confronting the often tried and failed tactic of “winning back” white voters, Maxwell argues that ending politics centered in whiteness is a difficult but necessary mandate in the current sociopolitical climate.

“[W]e’re basing all of our focus on this mythical white working class voter in Ohio or Michigan,” said Maxwell in an interview with Prism. “We just have to let those voters go; they're not coming back.”

Maxwell suggests Democrats should be invested in electoral organizing and expanding an increasingly diversifying voter coalition rather than fixating on reclaiming the approximately 80,000 voters purported to have swung the 2016 election. “Four million people total that voted in 2012 did not [vote in 2016], and one million of those people were Black people,” said Maxwell.

Maxwell continued to explain that turnout strategy is a numbers game. “Math is not my strongest area, but I know that one million is a larger number than 77,000. And it seems to me that if you even make an attempt to get maybe 100,000 Black people to show up for you that didn't last time, you [win] the electoral college.”

Both in her book and interview, Maxwell talked about the need for a reflective democracy and dealing directly with the conditions and inequities that keep people out of the process, such as widespread issues with voter suppression. Leaning into her experience as a staffer for two political campaigns and analyzing the changing dynamics in the political landscape post-2016, Maxwell focuses a lot on the demographic shift projected by 2045.

Replacing the term “majority-minority” with “non-white majority,” a language shift she attributed to her SiriusXM co-host Jess McIntosh, Maxwell grappled with how to build political discourse and strategy that is reflective of the emerging electorate and demographic shifts. For Maxwell, the media plays a role in deconstructing outdated narratives and strategies.

“There's just a lack of imagination outside of [a particular] experience. So on the politics front it's really just math...It feels to me like the obsession with that mythical voter is because the narratives and the conversations that we're having are driven and framed by people who also happen to be mostly white men,” said Maxwell.

In The End of White Politics, Maxwell tackles the necessity for narrative shifts head-on. Maxwell emphasizes the strategic flaws in traditional decision-making about which voters are worthy of political investment. Like the myth of electability, those decisions are being made by people with vested interests in centering whiteness.

Over the course of her interview with Prism, Maxwell stressed that the fixation on voting blocs that have not supported the Democratic Party in several decades is overlooking the growth of the non-white voting block. Highlighting the increasing diversification of the American electorate, the Pew Research Center released a report in June finding “a more substantial change in the composition of the Democratic Party than in the GOP: Four in ten Democratic registered voters are now non-white (Black, Hispanic, Asian, and other non-white racial groups), compared with 17% of the GOP.”

Maxwell is clear that an end to white politics does not mean overlooking white voters. It means demanding that strategies and political dialogue catch up to the changing political moment.

Maxwell challenges those stuck in the mindset of white politics to think about how successful they’ve actually been at reclaiming voters who’ve been lost for decades. Many of these same voters were content with voting for a candidate who made inflammatory, degrading, and racist comments throughout his election. “[If] that rhetoric was not a deal breaker for them, what do you think you would have to say to try to attract those voters back? Or what kind of tolerance for Trump's rhetoric would you have to invoke to get those voters feel comfortable?”

These questions hit hard in a moment when the current president is diving deeper into entrenched white supremacist talking points, just barely falling short of calling for outright race war.

According to Maxwell, the media also has a lot of work to do in terms of confronting biases and developing narratives. Decentering whiteness also includes developing a framework for political objectivity that does not lead to pushing aside experiences. More emphasis should be placed on expanding access to platforms and providing more opportunities for traditionally underrepresented communities to have their voices heard and issues covered.

“Objectivity is a goal,” said Maxwell. “And a lot of times that is actually sort of compressed to almost mean that only a certain type of person can be sober and objective.” Maxwell challenged the double standard around accountability head-on, giving the example of Black journalists being considered biased on issues involving racism of police brutality or not being allowed or encouraged to write on certain topics. People’s experiences and relationships to issues of injustice should not disqualify them from being seen as reliable narrators.

“We all have to confront our own biases,” said Maxwell. “We all have them and we all grew up in this culture. It affects everything.”

Maxwell draws a line for those looking to replace the current majority leadership in the White House and Senate, explaining that they cannot rest on appealing to traditional politics of whiteness. Given the vitriol and racism coming from the current president and many leading members of his party, rejecting such politics is necessary to engage and nurture the very diverse coalition of voters making clear and direct demands for change.

Maxwell stresses that white identity is not and should not be considered the default in politics or any other sector of public life. “We just have to let it sink in a little bit, because that’s the new reality.”