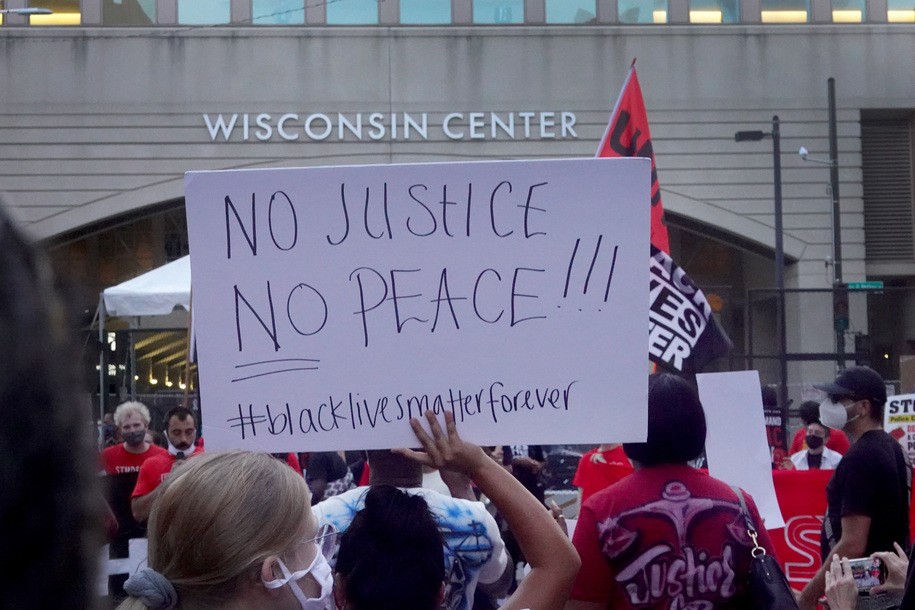 The 2020 Democratic National Convention (DNC) has come to an end, but concerns linger about presidential nominee Joe Biden and the party’s ability to build a winning coalition given what some have pointed to as prioritizing Republicans over communities of color during the main stage program.

“When the Democratic Convention was announcing the speakers, I definitely noticed immediately like the lack of Muslim representation, especially when there are so many prominent Muslim leaders to choose from now,” said Iram Ali, a political strategist and former Warren for President campaign staffer.

In response to criticism about making space for Republicans, Biden’s national campaign co-chair Rep. Cedric Richmond said the inclusion of prominent Republicans, including former Ohio Gov. John Kasich and former Secretary of State Colin Powell, was to signal to Republicans that they were not alone in supporting the former vice president.

“I think it's very important for the Biden campaign to not sideline the values they will need to win in November,” said Ali. “The vision of a big tent that the Democratic Convention and the Biden campaign seem to be pushing is actually sidelining communities of color and particularly progressive voices within those communities, in favor of Republicans.”

Hillary Clinton’s 2016 campaign tried a similar strategy. Prominent Republicans publicly announced support for Clinton ahead of the 2016 general election. In August of 2016, the campaign officially launched Together for America, which was aimed at recruiting anti-Trump Republicans. In fact, Democrats have failed to win a critical mass of white or conservative voters in the past several decades.

Like 2016, polls show Biden leading Trump. A recent Gallup poll pointed to the Democratic Party having a slight edge in party affiliation in the U.S. population. With the likes of alt-right movement leader Richard Spencer tweeting support for Biden as a repudiation of Trump’s leadership, Republican voters have a choice ahead of them in November.

It’s unclear how this strategy will affect down-ballot races with Democrats looking to pick up seats in the Senate and several state races.

Pursuing the “lost white voters” strategy has been called out by many, including strategist and commentator Zerlina Maxwell in her recent book, The End of White Politics: How to Heal Our Liberal Divide.

“It feels to me like the obsession with that mythical voter is because the narratives and the conversations that we're having are driven and framed by people who also happen to be mostly white men,” said Maxwell in a prior interview with Prism.

The race-class narrative, which posits that talking about race when addressing economic concerns can be an asset to coalition-building, could offer Democrats an alternative framework for approaching persuadable voters based on shared values without seeming to alienate or neglect voters of color. Partnering with the progressive think tank Dēmos, the Race-Class Narrative Project tested its narrative-shifting approach in the 2018 election cycle.

“We should not be forcing people to perform their pain for us as a condition of accepting their humanity,” said Anat Shenker-Osorio, research lead for the Race-Class Narrative Project and principal of ASO Communications.

Shenker-Osorio explained the narrative challenge as one that required a shift to centering shared values, followed by a statement of the problem to be addressed, and closing out with a message of cross-racial solidarity.

“The idea behind the messaging is to create this sense of agency and cast the target audience as the protagonist of the ad,” said Shenker-Osorio. The ads are also focused on suspending the general feeling persuadable voters may have that voting isn’t even worth trying.

Race-Class Narrative Action partnered with JoLu Productions on a digital ad encouraging voters to vote for the future they want to see.

“We need to understand both how our messages are landing but also how they're acting as a rejoinder to what they hear from the other side,” Shenker-Osorio said.

For her, the opposition is cynicism, not another party.

“The reason why we've seen it work in testing is number one, that the abatement of criticism is the very first right meaning of the problem. We don't pull punches. We named villains, we use the active voice. And then it's the resolution of that tension. And that creation of hope that if we, you know, come together, we could actually elect new leaders who will not just troll us about the future.”

Last week, the Biden campaign drew sharp rebuke from some Arab American and Muslim advocates and organizations over statements made about Palestinian activist and MPower Change Executive Director Linda Sarsour.

“The Biden campaign has not actually figured out how to respond to the increase in anti-Muslim racism without reinforcing anti-Muslim racism,” Ali said. Ali expressed a concern that the Biden big tent could overestimate its ability to bring over Republicans and actually sideline many communities that keep them out of the perspective.

Noticeably absent from the convention main stage and a 2020 montage of presidential primary candidates, Julian Castro criticized the convention for its lack of speaker diversity. While appearing during several caucus events throughout the week, Castro’s absence from the main stage spoke volumes to some watching.

“Rather than growing the electorate, which is how Democrats will win in November and beyond, it seems as though they are reaching out to Republican voters,” wrote immigration justice activist Cristina Jiménez Moreta on the failure to include Castro on the main stage.

Democrats do not have to search far for additional campaign messaging to the “Trump bad” focus of the convention main stage. DNC caucus and council members, along with aligned constituency groups, ran daytime events providing greater representation of people, narratives, and approaches for winning in November.

DeAnna Hoskins, president and CEO of JustLeadershipUSA, saw the potential for shifting the narrative around criminal justice through the two-day Reclaiming the Table event. “We're not only formerly incarcerated,” said Hoskins. “Some of us are policy experts, some of us are educational experts around the pell [grant]. We have been forced to become an expert in these areas because it was a barrier for us.

“When I sat back with some of the other leaders, we didn't want to appear attacking,” Hoskins said. “[But] we're holding people accountable. We're not backing down.”