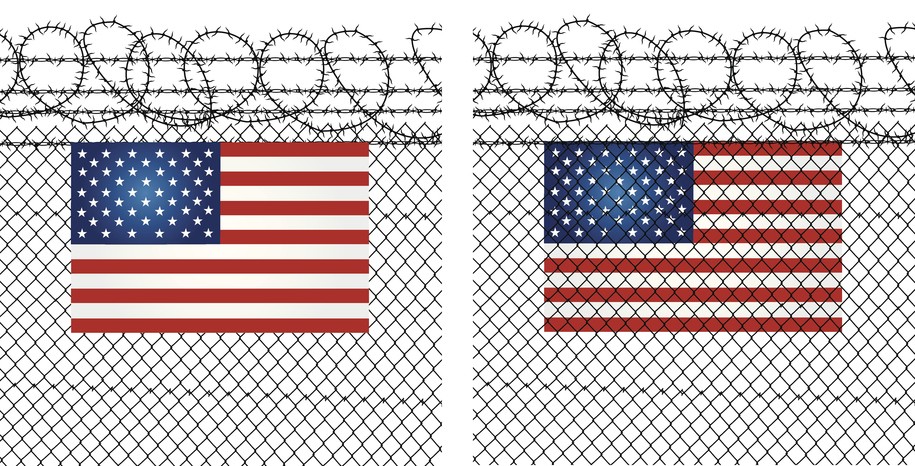 On August 7, 2019, Immigration and Customs Enforcement (ICE) swept through seven poultry processing plants across six rural towns in Mississippi, detaining nearly 700 undocumented immigrants, many of whom were parents. It was the largest single-state workplace enforcement action in U.S. history, and it devastated the state’s immigrant communities. The effects of the raid are still being felt today, according to Lorena Quiroz-Lewis, and things have gotten worse because of the coronavirus.

Quiroz-Lewis wears many hats in Mississippi. She’s a birthworker with HealthConnect One, an organizer with Working Together Mississippi, and the founder of Immigrant Alliance for Justice and Equity of Mississippi. In all of these roles, she is advocating for undocumented Mississipains, working and organizing alongside them, and helping to provide resources for undocumented and mixed-status families in the state who have no safety net. Sometimes this means raising money. Sometimes it means she’s pushing the health department to provide PPE to poultry plant workers and urging the agency to do spot checks of poultry processing plants. Other times it’s helping Indigenous women in the community provide food to families ravaged by COVID.

In the last year, some of the same people caught up in ICE’s raids have since returned to work in the poultry plants, where the deadly virus is spreading. Quiroz-Lewis said undocumented community members are feeling tired, defeated, and afraid to fight back. Given their fear of being in the public eye, Quiroz-Lewis spoke to Prism instead about ICE’s continued presence in the state and the way that communities will mark the one-year anniversary of the raids. Our conversation has been condensed and edited.

Tina Vasquez: It’s been a year since the raids in Mississippi. Do you think we’ve fully wrapped our heads around the devastation that took place?

Lorena Quiroz-Lewis: One thing I still think the public doesn’t understand is that the raids were retaliation [against immigrants] for the legal action some plant workers took against the chicken plants. That has never really been addressed. Workers spoke up against the plants, and they were punished for it. Now, there is still so much fear. We have developed committees in each town to help the people affected by the raids, but some people are still terrified. Some are back at work, but they are afraid of making noise because they now know they can be retaliated against.

Vasquez: I’m curious, after the raids do you feel like the larger community stood up for and supported the immigrant communities impacted by the raids?

Quiroz-Lewis: After the raids when 300 people were released, they came back with ankle bracelets unsure of what life was going to be like for them. There were some fundraising efforts to help people get on their feet—they needed help paying their rent, utilities, etc. But the process has been messy. Some families felt humiliated to have to go to churches and ask for help when resources weren’t being dispersed. That’s just an extra layer when these families were already so traumatized. They were rounded up like cattle, thrown on buses, and fingerprinted. The trauma in the community is still so deep and so fresh.

The other issue is that there is nowhere else for people to work, no one else is employing them. So even the people who experienced the raids are afraid to leave the plants and ICE has continued to stick around. Even now, in [one area] where there was a raid, you can see ICE parked outside of the trailer park where a lot of the plant workers live. They’re not doing anything, they’re just parked there, fucking with the community. This is why they live in constant fear.

Vasquez: In my experience, there is just no real way of anticipating how the effects of something like a raid will spiral out in a community—that seems especially true with raids of this magnitude. Has anything surprised you about the aftermath?

Quiroz-Lewis: When the resources to help the families started drying up, a few dozen families were forced to leave and figure out somewhere else to live and build a life. Some families just moved, but others returned to their country of origin. Some people started to get deported. Of course the thing that none of us could have expected was when the legal piece started to unfold and parents were getting their court dates, the virus hit. When we were hearing about the number of people getting sick at plants, we still seemed on the fringes of that. But then some of our earliest reported cases and deaths were prominent and beloved members of our community, elders of our communities who were trying to help other people. It was shocking and it’s just gotten worse. We’ve encountered entire families who are sick and quarantining.

Vasquez: Here in rural North Carolina, that’s been really devastating to watch unfold. Undocumented workers who are exploited and treated as disposable are now considered ‘essential workers’ and have to risk their lives to work at the poultry plants.

Quiroz-Lewis: It is the same dynamic here. Plant workers were given letters to show if they’re stopped; letters that say they are ‘essential workers.’ But last year they were nothing to these [companies], they were people they tried to deport and separate from their families.

I’ve heard reports that the plants are going out of their way to recruit workers and lure more of them in to work during COVID. They’re posting signs in laundromats and other places. These families need money, so the work is tempting. We’re trying to get the health department to do drop-in visits of the plants to make sure that PPE is being provided. We know there is no social distancing happening at these plants, and the PPE is flimsy.

Vasquez: This is such a confluence of horrible shit hitting one community. COVID unfolded in these plants less than a year after the raids and now what you’re saying is these same families are getting hit hardest by COVID?

Quiroz-Lewis: Yeah, it’s been really hard here in Mississippi. As soon as COVID started unfolding, it was people in our immigrant communities getting sick. Of course there is stigma and fear around just getting the virus—families were afraid of being treated badly because they were sick. They thought the virus would make them an unwanted person. But they’re also afraid of whether COVID will affect their immigration case after the raids. 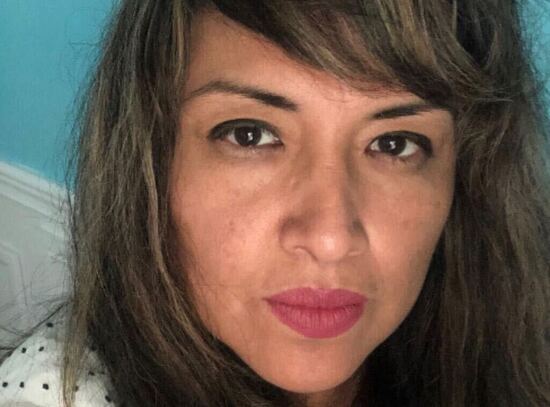 Vasquez: There has just been abject failure at every level when it comes to COVID—local, state, and federal officials have completely failed communities that were already vulnerable. I think a lot about that saying you hear, often in relation to LGBTQ communities: ‘We keep each other safe.” How are folks in Mississippi keeping each other safe?

Quiroz-Lewis: We have a group of women in the community—who are immigrants themselves, Indigenous women from Guatemala—who have a running list of everyone in their communities who are sick or need help. They call them and check on them regularly and keep tabs on what they need. There is no protocol for this and very little outside support. They are just taking care of their community and our organization is trying to raise funds to help them provide food, cleaning supplies, PPE, formula, diapers, whatever it is that they need right now. The people who need the most help experienced the raid and now are battling COVID or risking getting COVID to work.

Money is just running out for some families, especially now that kids are home from school and that requires more food and resources. We’ve learned that families are moving in together, families who returned to work at the plants, just to save money. Of course this increases the risk of people getting sick, but they are just trying to survive. We’re just thinking through how we can keep people safe who’ve had to return to work at the plants and who aren’t getting the proper PPE.

Vasquez: What poultry plants have been able to get away with is really astounding, but I guess not when you consider the ties they have to the Trump administration. Whether it’s Mississippi or North Carolina, I’m hearing the same stories from undocumented workers.

Quiroz-Lewis: So the question becomes how do we hold these plants accountable when they’re killing our community? I spoke to the head of our health department here and I asked him that same question and he said the responsibility lies with the [United States Department of Agriculture]. But the health department has a duty to visit these plants unannounced and make sure the plants are doing whatever possible to protect workers, and they’re not doing that.

Everywhere we turn for accountability, we hit a wall. The health department gave us some numbers to provide to the workers so they can report whatever they are experiencing in the plants. I tried those numbers. They’re not bilingual, if you even reach a person at all. Even getting a number to call is a process. Who is telling workers there is a number they can call to report? How do they get the number? Does the person at the number speak anything other than English? How do they find time to call the number if they work 12 hour shifts and by the time they can call, there is no one picking up phones? Also, we’re asking workers who experienced the raids to call a government agency in English. They are trembling in fear just talking about it. Organizations here that claim to care for the health of all Mississipians just don’t understand these barriers.

Vasquez: I imagine it’s the same with COVID testing?

Quiroz-Lewis: It’s exactly the same thing. How are workers supposed to drive to Jackson for COVID testing if they don’t have a license or can get deported if they’re pulled over for driving without a license? This is why people are afraid to travel even within the state. They’re also afraid of getting tested—what if they ask for an ID? What if it costs money they don’t have? What if they’re positive and they can’t work anymore? If their husband was deported and they can’t work, how will they feed their children? These failures are systematic. Government agencies did not account for helping this population of people at all and educating them on these barriers and helping them develop solutions sucks up so much time and resources.

Vasquez: As we approach the one-year mark of the raids, is the community doing anything to acknowledge it?

Quiroz-Lewis: We are going to mark the anniversary by having an activity in Jackson called ‘We’re Still Standing’ on August 7, the day the raids took place. There are reports in the community that ICE has been lurking around the last few weeks, which makes people afraid of gathering for any big action. I believe ICE knows we’re organizing. People in our community feel defeated and tired. COVID and the raids, which coincide with the anniversary of the El Paso shooting. If you stand back and look at all of these things—who is targeted, who is most affected—it feels all tied together. People are afraid and they know they can be picked up by [Department of Homeland Security] for any reason, so we’re trying to be very careful with our activities.