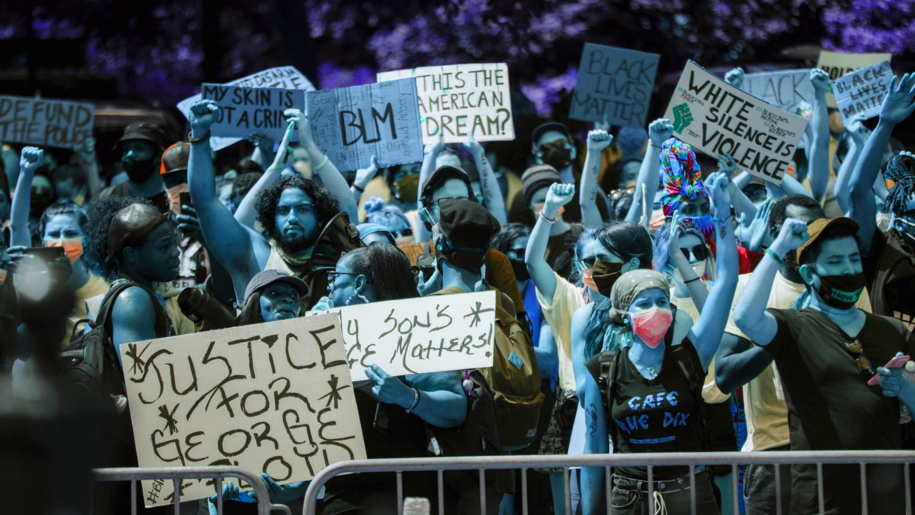 This story is part of a joint series by The Forge and Prism. Read the rest of the series—Organizing, Innovation, and Upheaval—here.

Three months ago, protests in Minneapolis gave way to a national uprising. Ushering in a new focus on racial justice, the uprisings have challenged the way people relate to one another and how some talk about community safety. Coupled with the stress of the COVID-19 pandemic, the uprisings have forced people to rethink how to protect their communities through strengthening their bonds with one another.

Mutual aid groups and block level community defense are two ways people shifted beyond traditional American individualism. A climate organizer with TakeAction Minnesota, Magdalena Kaluza said that in the midst of the uprising, neighbors began meeting and planning with each other. For Kaluza and many others, the focus was on protecting people first and foremost.

“We were hearing stories of white supremacists descending on Minnesota and stories of the National Guard coming in, and then we were facing the police. The question was how do we protect people?” said Kaluza.

Community defense included putting out fires and removing potential accelerants from the area. Some people made sure others got home from protests or a memorial safely. Power mapping, neighborhood meetings, and finding alternatives to calling the police were also encouraged. Kaluza said that since the uprising there have been constant reminders of what it means to defend the community.

“We're not out here to scare people,” said Kaluza. “We're not out here to make one another unsafe or uncomfortable. We are protecting people.” A month after George Floyd’s murder, some Minneapolis residents expressed the struggle with sticking to a pledge to not call the police. Conversations on how to handle concerns around community safety and security continued. Kaluza stressed the importance of remembering there’s a difference between safety and community defense, and vigilantism, and how community political education can keep everyone grounded at the same baseline.

Long-term organizing for community defense requires political education. Talking through concepts such as defunding the police and abolition, and how each would work in real life, opens up space for visioning alternatives. Black Visions Collective, a queer Black-led organization, has been organizing around these issues in Minneapolis since 2017. At its core, “Black Visions Collective (BLVC) believes in a future where all Black people have autonomy, safety is community-led, and we are in the right relationship within our ecosystems.” As recently reported by The New York Times, Black Visions has shifted the focus from connecting around a community in a state of emergency to organizing for longer term change.

In partnership with Nexus Community Partners, Black Visions launched the “Transformative Black Led Movement Fund” providing financial support to Black-led organizations and direct aid to Black people in the Twin Cities. Organizational funds are specifically for “those responding to the political and cultural opportunity to defund police and begin the transition process toward developing and implementing a shared vision of community led safety.”

Undoing long term harms from policing and replacing current systems depend on education and planning for the future. The Minneapolis Police Department turned 150 in 2017. MPD150 conducted a 150-year performance review of the department in its report Enough is Enough. Per its website, MPD150  “is an integrated approach to the MPD and its relationship with the communities it polices encompassing its past, present and future.”

Kaluza mentioned MPD150 as a good resource for people looking to understand more about policing alternatives and public safety. “In particular, they have a [reading] list called “How Did We Get Here” that talks about the history of policing,” said Kaluza. “Political education is something that's happening and that I really want to celebrate it because it is a way for us to learn the truth.”

For Kaluza, political education is part of a longer term process that extends beyond public safety. They pointed to community safety also including people having their needs met. Kaluza talked about the pandemic exposing the ways the status quo has failed many communities, particularly in terms of housing. Envisioning alternatives in safety can also lead to new understandings of how to meet other needs of community residents.

Reflecting on how to build and expand the power of the public to drive policy, Kaluza warned about allowing bureaucracy to take over, relegating important changes to a study committee. Participation in the electoral process alone will not bring about the change communities need to see. Part of connecting beyond moments of crisis and emergency is realizing the long term value of organizing around issues that help people be whole. “The most important part is rallying people together around our visions, and actually enacting them,” said Kaluza.