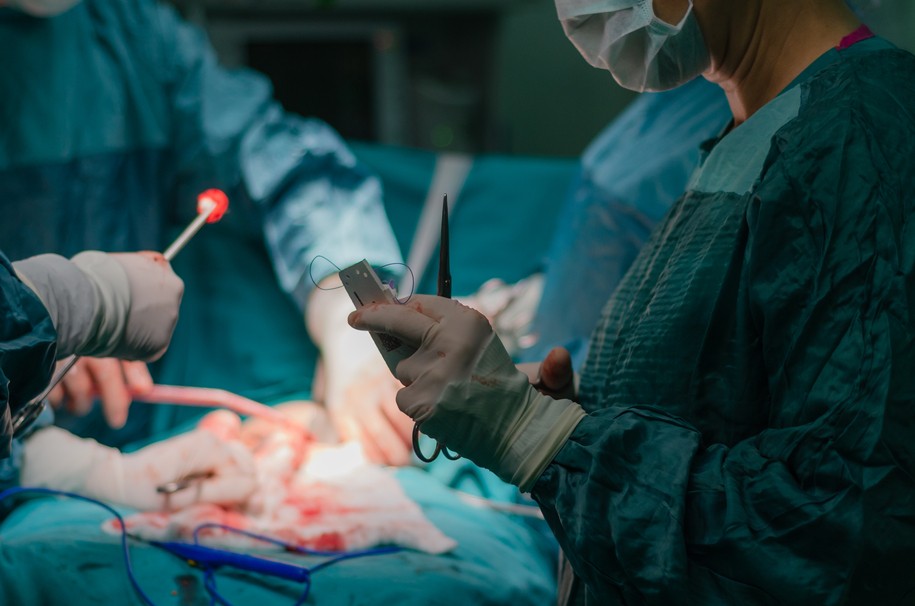 Under the Trump administration, reproductive injustice has run rampant inside the federal immigration system—stretching far beyond the family separation policy at the border. A complaint filed yesterday sheds light on a new atrocity: Women detained at the Irwin County Detention Center (ICDC) in Georgia have allegedly been sterilized without their consent. The attorneys behind the lawsuit would not confirm the identity of the doctor referenced in the complaint, but Prism has learned, according to a source familiar with the situation, it is gynecologist Mahendra Amin, based in Douglas, Georgia. The doctor, also an immigrant, is affiliated with Coffee Regional Medical Center and Irwin County Hospital in Georgia.

The organizations Project South, Georgia Detention Watch, Georgia Latino Alliance for Human Rights, and South Georgia Immigrant Support Network filed the complaint on behalf of immigrants detained inside of ICDC, which is operated by private prison company LaSalle Corrections. The organizations allege that five women were sterilized at the facility between October and December 2019.

According to the complaint, it appears as if detention center officials transfer women to an outside gynecologist, now believed to be Amin, and that detained women told Project South they do not trust the doctor.

Dawn Wooten, a licensed practical nurse employed by ICDC, has emerged as a whistleblower.

“I’ve had several inmates tell me that they’ve been to see the doctor and they’ve had hysterectomies and they don’t know why they went or why they’re going,” the nurse said in the complaint, noting that other ICDC nurses also expressed concern about the gynecologist, whom she referred to as “the uterus collector.”

A spokesperson for the Southern Poverty Law Center, an organization that has represented people detained at ICDC, confirmed to Prism that Amin has seen multiple women represented by the organization. The spokesperson could not currently confirm the extent of those appointments.

The Trump administration has become known for its inhumane treatment of migrant women, pregnant people, and other vulnerable populations in the detention system.

Federal agencies specifically targeted pregnant migrants as part of the “zero tolerance” policy, setting off a chain of events in which hospitals separate mothers from their newborns. Former Office of Refugee Resettlement Director Scott Lloyd forced teen migrants to remain in federal custody because they wanted to access abortion care. He took the battle all the way to the Supreme Court, fighting migrants’ constitutional right to abortion because abortion did not gel with his staunch religious beliefs. Lloyd even blocked teens from accessing care when their pregnancies were the result of rape. ICE also covertly changed its policy regarding pregnant people requiring they be detained instead of released, and Border Patrol has pushed doctors to “clear” pregnant migrants for detention.

According to the whistleblower in Project South’s complaint, Amin recently took out the wrong ovary on a detained woman.

“She was supposed to get her left ovary removed because it had a cyst on the left ovary; he took out the right one. She was upset. She had to go back to take out the left and she wound up with a total hysterectomy. She still wanted children—so she has to go back home now and tell her husband that she can’t bear kids,” Wooten said in the complaint, explaining that the woman wasn’t fully under anesthesia when she heard the doctor tell the nurse that he took the wrong ovary.

The women do not appear to be consenting to getting a hysterectomy and they are not receiving translation services when complicated medical information is being conveyed to them. Sometimes nurses try to communicate using Google or by asking another detained person to translate, according to the complaint. In one incident, a woman was given three different explanations as to “what was being done to her body.”

She was originally told by the doctor that she had an ovarian cyst and she was going to have a minor procedure to drain the cyst. However, the officer transporting her to the hospital told her that she was getting a hysterectomy. When the hospital refused to operate on her because her COVID-19 test came back positive for antibodies, she was transferred back to ICDC where a nurse said the procedure she was going to have done entailed dilating her vagina for the purpose of scraping tissue.

It is unclear if Amin is financially benefiting from the procedures. The gynecologist was once a co-defendant in a lawsuit in which he and other doctors were ordered to pay more than half a million dollars to resolve allegations that they caused false claims to be submitted to Medicare and Medicaid. The nature of the doctor’s current agreement with ICE and ICDC is also unclear. ICE did not respond to Prism’s request for comment regarding the doctor, and the gynecologist’s receptionist told Prism he is not commenting to the media at this time.

Even on the lower end of the cost scale, a hysterectomy can cost thousands of dollars and both ICE and the private companies that contract with the agency to oversee its detention centers notoriously provide dangerous and substandard medical care to cut costs and maximize profits.

While the motive of the doctor is unclear, a detained woman who befriended those who had hysterectomies performed on them told Project South the detention center is “experimenting” with their bodies.

“When I met all these women who had had surgeries, I thought this was like an experimental concentration camp,” she said in the complaint.

Coerced or forced hysterectomies can also be contextualized within a broader history of reproductive injustice in the United States. J. Marion Sims, the 19th-century doctor considered the “father of gynecology,” experimented on enslaved women. The Tuskegee experiment used African American sharecroppers to understand the full progression of syphilis—with researchers refusing to tell patients their diagnosis and treat them for the disease. The men were actively denied treatment and many died, went “blind or insane,” and experienced other severe health problems due to untreated syphilis. The American doctors behind the birth control pill first tested the medication on low-income Puerto Rican women, forcing them to become “unwitting guinea pigs.” As another example, nationwide eugenics campaigns targeted wide swaths of people for sterilization because they were considered “undesirable.” These campaigns first began in the early 1900s and targeted disabled people, poor people, and African Americans. Mexican immigrants and Native American women continued to be sterilized well into the 1970s.

The allegations of medical neglect and human rights abuses at ICDC are longstanding. However, conditions have worsened during the pandemic. Immigrants experience “jarring” and “life-threatening” medical neglect inside the Georgia detention center, according to the complaint, which also alleges the facility falsifies medical records, shreds immigrants’ requests for health care, denies detained people life saving HIV and cancer medications, and provides almost no protections against COVID-19. Women detained at the Irwin County Detention Center released a video in April pleading to be released and expressing fear they would die in the facility.

Wooten corroborated the women’s claims. In Project South’s complaint, the nurse alleges that the facility aids in spreading the virus by transferring COVID-19-positive immigrants to other facilities, and she said that the detention center regularly fails to properly quarantine new transfers and does not actively test detained people or report positive cases to ICE.

In a boilerplate statement to Prism, ICE said it “takes all allegations seriously and defers to the [Office of Inspector General] regarding any potential investigation.” The agency went on to say that “anonymous, unproven allegations, made without any fact-checkable specifics, should be treated with the appropriate skepticism they deserve.”

Prism will continue following this story as it develops.