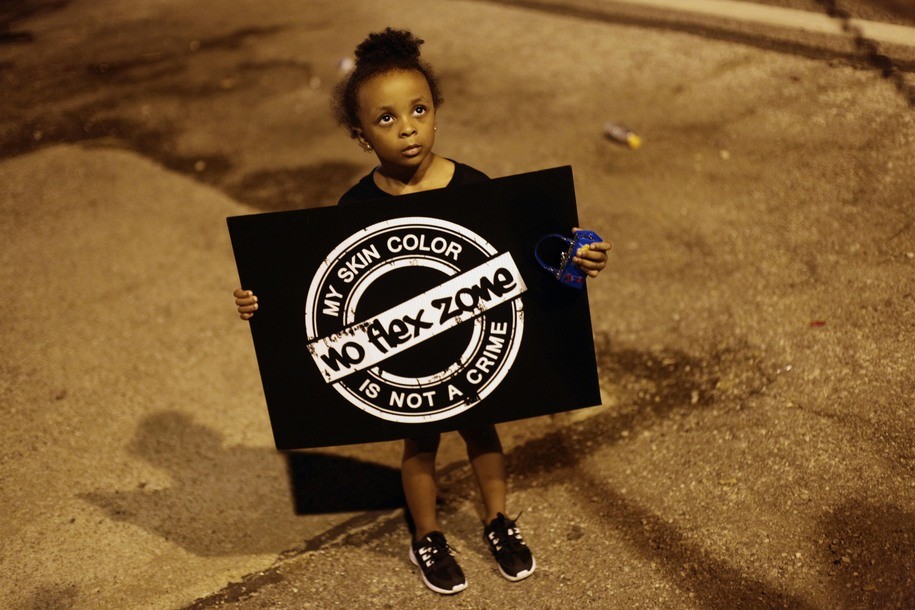 “Let’s have revolutionary brown babies.” My now-partner said those words to me on our first date back in 2015. At the time I was a member of Black Youth Project 100, a national membership-based organization of Black 18-35 year olds who are fighting for the liberation of all Black people. As a then-25-year-old organizer and self-identified prison industrial complex (PIC) abolitionist, raising a revolutionary brown baby was a no-brainer to building the Black and liberated futures that are what freedom dreams are made of.  And doing that with somebody fine and aligned? That was it.

Fourteen months later I discovered I was pregnant and we began to prepare for the arrival of our free Black child (the updated moniker to revolutionary brown baby), which included the regular routine of preparing for a child, as well as the conversations affirming that I would not be another casualty in the Black maternal and parental mortality crisis. It also included a central question: What does it mean to raise a free Black child? At the same time, I was also co-building and planning the first ever Black Mama’s Bail Out Day, the national campaign by National Bail Out to bail out as many Black mamas and caregivers from jails and immigrant detention centers as possible before Mother’s Day—an invitation and affirmation for my own radical parenting journey.

We recently celebrated our child’s third birthday, and the question of what it means to raise a free Black child has become a guiding one on our parenting journey that has been framed through a Black queer feminist abolitionist lens. It has also been a central guiding question in our political commitment to handle harm, conflict, and violence without unnecessary additional harm and violence in the forms of punishment, shame, and isolation. Our approach to parenthood has been grounded by a commitment to building a future of care, love, freedom, support, and self-determination in our everyday life as a manifestation of liberation in our lifetimes, beginning in our home and with our child. For us, that has meant teaching him the assertion of his full autonomy, knowing that he should consent to touch and kisses even from his parents, no whoopings/spankings or shaming him for being an expressive toddler, and limiting indoctrination into the PIC as much as possible by monitoring his media input—which has become another full-time job in the age of an ever present children’s police propaganda.

As I was preparing to mother in a way that reflected and deepened my politics, I knew the obvious ways children are indoctrinated into our punitive systems and the PIC: beatings, the denial of autonomy and self-determination, shame, and how these childhood experiences have stunted our ability to imagine outside of the punishment paradigm. And when people can’t imagine what accountability looks like outside of the criminality, accountability becomes something to be avoided because it’s associated with punishment and pain. The police, the most visible actors who physically embody the PIC, are also glamorized.

This glamorization of punishment and policing has been a part of a long-running public relations campaign that dates back to the early 20th century as part of an attempt to clean up their negative reputation as extorters and paid enforcers of the underground economy as published in the provocative Lexow Commission. Since then, the police have been portrayed in Hollywood as fully formed human beings who are goofy, tender, brooding, brave, and heroic—turning them into nice, relatable crime-stoppers, instead of the deadly and violent arm of the white supremacist state. Even more, the violence and terror police wreak is framed as noble and necessary, as seen across media and Hollywood—including shows like Law & Order SVU, as well as children’s shows such as Paw Patrol. Although I knew and learned all of these things, causing me to sever ties with the likes of Benson and Stabler, I had been naive to the fact that the indoctrination begins as babies.

While introducing my child to what is now one of his favorite books, Little Blue Truck Leads the Way by Alice Schertle, I was rudely awakened by an image of a “busy police car, things to do!” At the time, our child was only one year old and I was wholly unprepared to begin an age appropriate police abolition conversation with him, so I did what any responsible radical parent would: I scratched out the sirens and all police signifiers with a Sharpie. But then, while watching Peppa Pig, another friendly and helpful cop popped up, and another while exploring trucks and automobiles with Blippi.

It was becoming quite obvious that like any teaching of a young mind, it starts with you and at home, and the police PR machine is here to #TeachTheBabies. My partner and I began to do our due diligence of fast forwarding and skipping police-involved sections along with sharing with our child that the police are not good and we don’t watch, engage, and most definitely do not glamorize or dress up as them during Halloween, as I’m sure his future classmates will. This has resulted in our toddler unpromptedly yelling “no police!” every time they make a tv or book appearance.

So we’re not new to the #DefundPawPatrol movement and see it as a necessary component to the divestment from policing ideologies and the institution itself.

In July, Arissa Hall’s partner tweeted “ACAB” (All Cops Are Bastards) in response to Paw Patrol saying the show will not be canceled.

It also means we need to build and create new, abolitionist alternatives in the form of books, shows, art, toys and the like, that create the space and conditions for collective learning and cultivating safety and accountability. And although we haven’t discovered as rich of an amount of abolitionist children’s media to engage, we are grateful for what exists and is being created and imagined as I write. The book Missing Daddy by Mariame Kaba is an example of this as it creatively explores the impacts of incarceration from a child with an incarcerated parent. How Mamas Love Their Babies by Juniper Fitzgerald is a child-appropriate book that highlights the diversity of work that mamas engage in to care for their children, including sex work.

Works that showcase historically marginalized identities as fully human function as an early narrative intervention regarding identities and professions that are often criminalized. This is a part of the abolitionist parenting mandate for us, as well as the practices of love, support, trust, autonomy, and nonpunitive accountability that fosters radical imagination to deal with and navigate the full spectrum of humanity that will include harm, conflict, and abuse. We can do this all without the presence of cops or law enforcement agents, and must, in service of creating a world of free Black life and our collective liberation.

Arissa Hall is a New Yorker, mama, and partner who is passionate about realizing collective freedom dreams and base building, in commitment to Black liberation. These passions and commitments have been guided through a Black queer feminist lens.
Follow us on social for stories the mainstream media isn’t covering.
Want to support a new type of media outlet? Donate to Prism today. Our 100% women of color-led newsroom challenges toxic media narratives.
Donate Now →
Stories that challenge the status quo - right in your inbox.