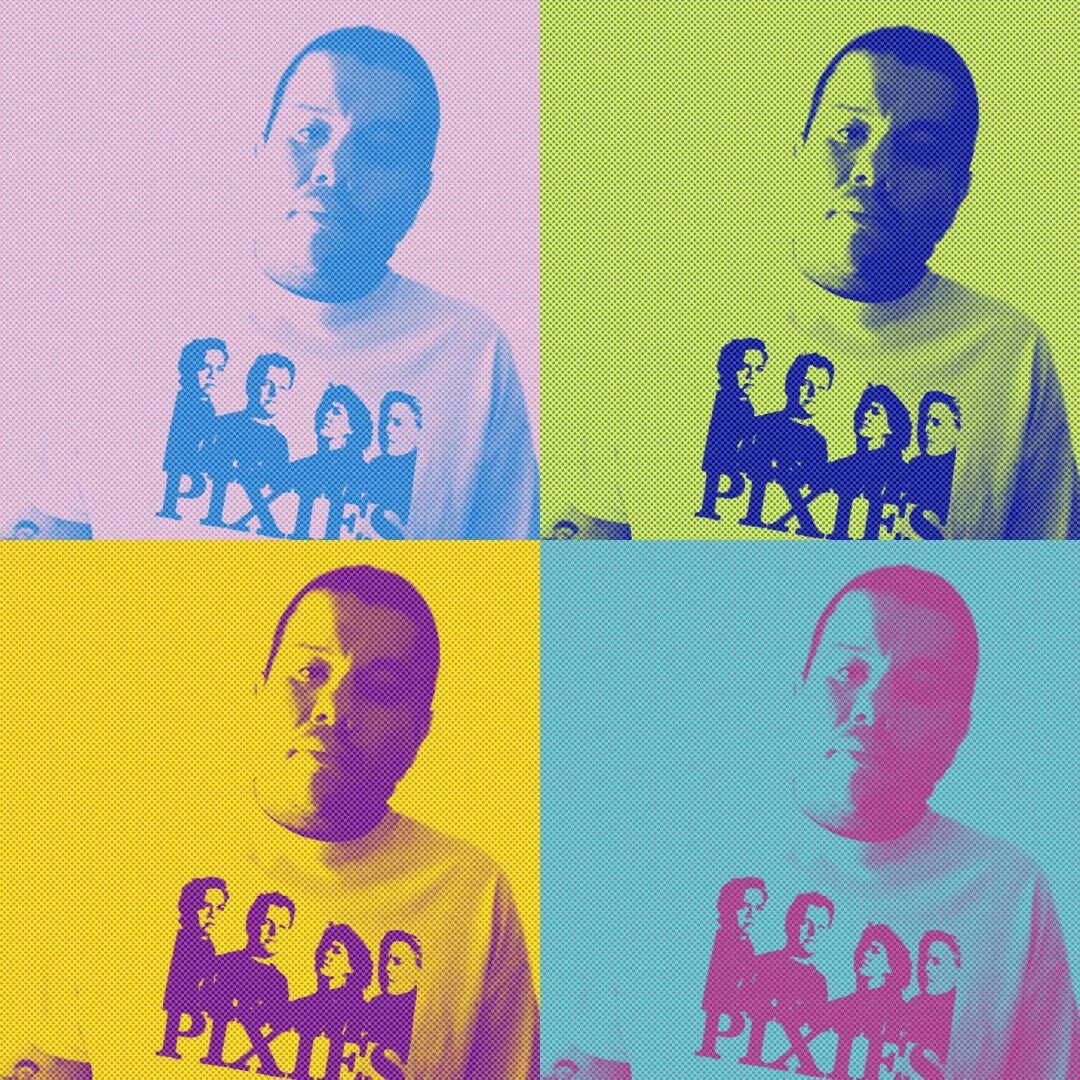 These comics are part of Prism's series on sex positivity and the arts. Read the rest of the series here.

"Adventures of Bitter Fag" is artist Julio Salgado's alter-ego. While he identifies as a silly gay who loves to crack jokes, there is a bitter part of himself that shows up when white supremacy, anti-blackness, homophobia, transphobia, and other societal phobias show up. Bitter Fag is here to ruin your day if you think that we've made it as an LGBTQI+ community when muscled cis-gay men are allowed to run shirtless during Pride while Black and brown trans folks are being murdered, jailed, and deported. 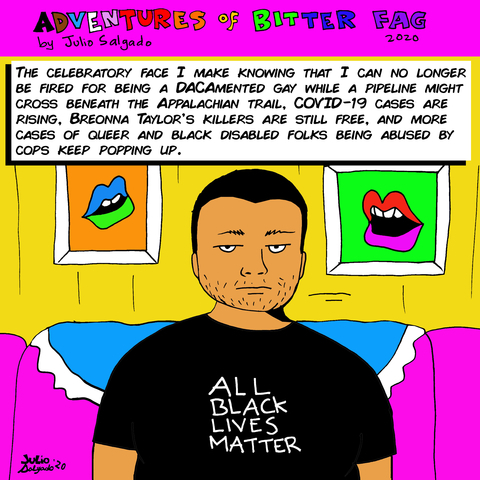 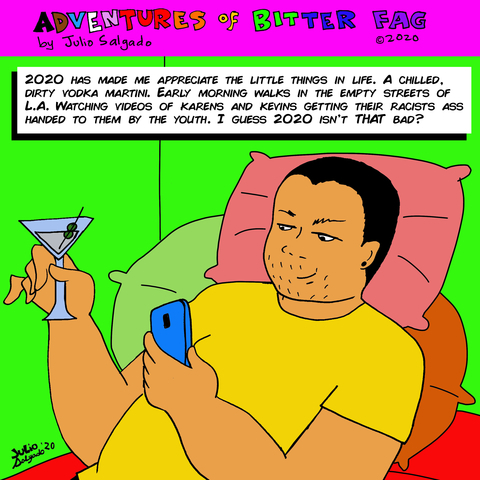 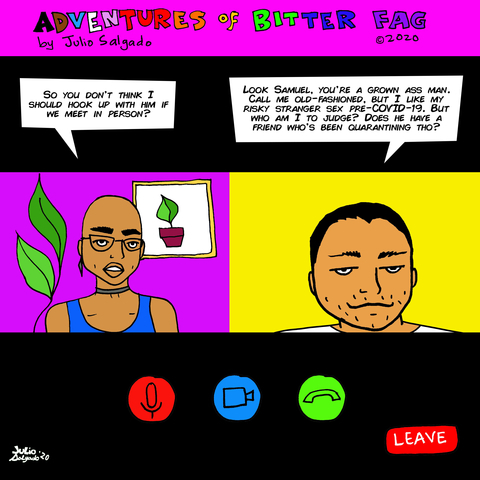 Julio Salgado is the co-founder of DreamersAdrift and the Migrant Storytelling Manager for The Center for Cultural Power. His status as an undocumented, queer artivist has fueled the contents of his visual art.
Follow us on social for stories the mainstream media isn’t covering.
Want to support a new type of media outlet? Donate to Prism today. Our 100% women of color-led newsroom challenges toxic media narratives.
Donate Now →
Stories that challenge the status quo - right in your inbox.