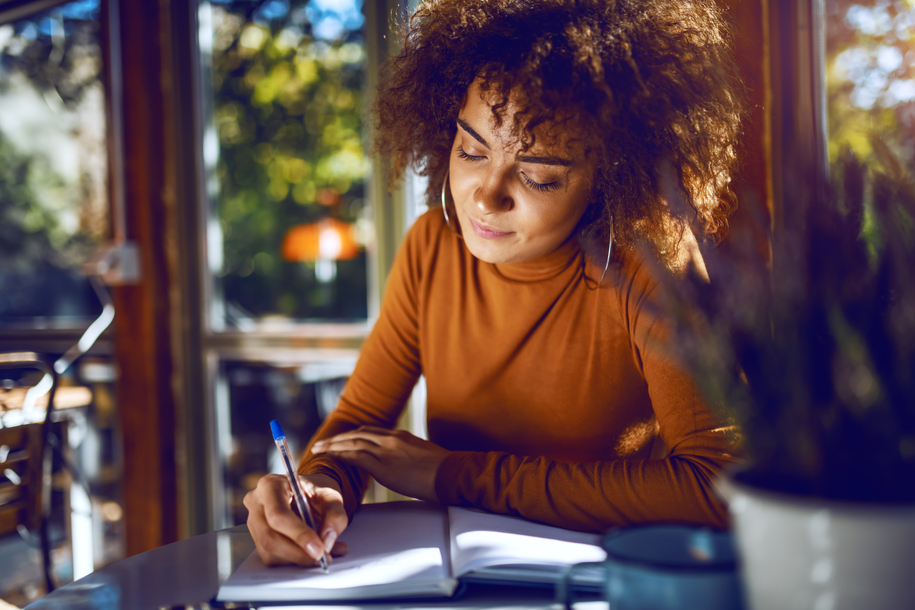 During a year marked by a highly consequential election and a deadly pandemic, recent attacks on the United States Postal Service (USPS) have illuminated the necessity of the postal service for both ensuring electoral justice and providing much needed supplies to the nation’s most vulnerable communities.

Among those communities are incarcerated people and the millions of loved ones with whom they seek to maintain contact. Particularly now, when correctional facilities have suspended in-person visits due to social distancing protocols, sending letters has become the only way to keep in touch outside of expensive and often unreliable phone calls or video messages. The ability to not just share information but to hold a piece of home in your hands can be profound. Recognizing the significance, local organizations working toward prison abolition have long employed letter writing as a tool for relationship building, organizing, and story sharing by administering pen pal programs that connect members and volunteers with currently incarcerated people.

Check out some of these groups and learn what they had to share with Prism about the power of written correspondence, the need for reliable postal services, and the potential for change fostered when we connect across the walls:

With chapters across the country, Black & Pink is an abolitionist organization committed to supporting queer and HIV-positive incarcerated people. While their programming varies across chapters, all local affiliates as well as the national chapter run pen pal programs. People inside prison contact the organization with their bio and information about what they are looking for from their pen pal relationship, and then members on the outside can search the organization's database of profiles to find a match. The group currently has 11,000 pen pals on the outside and 20,000 members on the inside.

Andrea Kszystniak, editor of Black & Pink’s newsletter, says that for members on the outside, these pen pal relationships can illuminate what people inside really experience in prisons.

“Having a connection to someone inside only further proves that the prison system is a violent gaping maw designed to exploit people’s labor,” wrote Kszystniak in an email to Prism. “You can’t correspond with someone and think to yourself, ‘wow this system sure seems to be working!’ You can’t believe prison is functioning when you are getting letters several times a week from a friend who is telling you they are struggling, that they are being eaten alive by this system.”

Kszystniak says that the people who Black & Pink supports—those who are LGBTQ+ and those living with HIV/AIDS—are specifically targeted by guards and prison staff for violence, abuse, or placement in solitary confinement, rendering those connections even more crucial.

“Ultimately, our goal is to make sure that as long as there are walls between us, those walls are as permeable as we can possibly make them. We want to insure that those who are most vulnerable in prison have someone watching out for them.”

Logistically, running pen pal programs can hit inevitable snags as communication between the inside and outside is always fraught with potential delays or high costs. Kszystniak says that even before planned postal delays and cutbacks, mail could take a number of days to reach its recipient.

“The slower the communication, the less effective we can collectively be in managing things that may pop up for our family inside,” notes Kszystniak.

Despite those challenges, the privatization of prison communication technology underscores the necessity of snail mail and the postal service. Emails sent through private networks like JPay or ConnectWork, for example, must be approved by facility staff and can be arbitrarily denied.

“Also, these services are at the will of the corporations who run them. JPay could decide tomorrow that it costs $3 to send an email instead of 25 cents and there’s nothing anyone could do about it,” wrote Kszystniak. “These systems are openly manipulative; JPay changed their system for buying stamps in early April, right in the early stages of the COVID crisis. It used to be a universal stamp system. You could buy a stamp in one state that could be used in others. Now, you have to buy stamps separately in each state. So right when so many people are facing a loss of income due to a global pandemic, JPay got greedy and used the dire situation to capitalize on incarceration yet again. The relative independence of USPS protects the communication between folks inside and out; its disconnect from prison’s themselves is important. Mail is still screened but prisons cannot jack up the price of stamps; prisons are not able to price USPS out of accessibility.”

Founded in 2015, Liberation Library is a volunteer-run abolitionist organization that sends books to young people in Illinois prisons and jails. Steering committee members Juliana Culbert, Melanie Wagner, and Alyssa Beer told Prism they send books along with a handwritten note to the youth inside on a biweekly basis. Unlike with traditional libraries or book-lending programs, these young people both request the books they’d like to receive and they get to keep the books even after they are released.

“Liberation Library provides books to youth in prison to encourage imagination, self-determination and connection to outside worlds of their choosing,” wrote the steering committee members in an email to Prism. “We believe access to books is a right, not a privilege. We believe books and relationships empower young people to change the criminal-legal system.”

Since the onset of the pandemic, and later the uprisings against police violence, Liberation Library has seen a notable uptick in support. In particular, a viral social media post featuring a thank you letter from one of their readers garnered a lot of public interest. “It was really interesting to see people confront the fact that children are incarcerated in this country,” the group wrote.

As an abolitionist organization, Liberation Library sees book lending as fundamental to their work in bringing about a world free of prisons and jails.

“We believe that books inspire curiosity, learning, and exploration, and are a vital resource for those who are in cages where agency and imagination are discouraged,” wrote the group. “By providing access to books we are committed to promoting the self-determination and well-being of our readers...Having access to physical books is also an essential part of our work. We want our readers to have books of their own to keep, as incarcerated people are allowed few possessions, and we have heard young people inside sometimes lend the books to each other.”

Survived & Punished NY (S&P NY) is the New York chapter of Survived & Punished, a national organization that seeks to end the criminalization of survivors of gender violence. Red, an organizer with both S&P NY and the Support Ho(s)e Collective, helped draft the group’s best practices and guides for letting writing. S&P NY has hosted in-person group letter writing events for members to connect with one another as they correspond with those inside. While they have had to take these events online due to the pandemic, participation has only increased.

“Letter writing is transformative,” wrote Red in an email to Prism. “Writing letters and building relationships with those inside spits in the face of the violent isolation that is incarceration. We are cultivating comradeship in the face of state violence. Letter writing is harm reduction, it demonstrates to the [correctional officers] that our comrades have people outside who will rally around them. It demonstrates to fellow incarcerated people that there is hope being organized and there are [folks] who will have their backs because letters and messages are shared, passed around and ripple beyond the first individual who receives one.”

Red notes that the benefits of letter writing programs are immense and are shared by those who participate both inside and outside. For those inside, it serves as a reminder that there are people who “care and will fight for their freedom and well-being.” For those on the outside, letter writing can put real names and stories onto the issues that they are advocating around.

“Building alongside criminalized survivors puts our politics in practice,” wrote Red. “It makes clear that we aren’t organizing around nameless oceans of statistics or cases but rather people, largely women, femmes and GNC [folks] of color, Black and Indigenous people, queer and trans survivors, who’ve been punished for their (violent) acts of self-love.”

Letter writing also provides an alternative to what S&P NY describes as the “violence and dis-connection of prison communication technology,” like video visits, emails, and phone calls provided by companies like GTL Network and Securus. In addition to these platforms’ high cost, low quality, and the fact that they are subject to surveillance, Red also notes that a lack of knowledge about how to even set up accounts can be barriers to accessing them and getting connected with loved ones.

Much like other organizers that foster connection through pen pal programs, Red sees the process of letter writing as a way to put their ethics of abolition into practice and undermine the dehumanization that incarceration inherently imposes.

“We are all shaped and changed by the relationships we choose to build and cultivate,” wrote Red. “The conscious act of writing, listening and learning alongside someone who’s incarcerated (ie someone who’s surviving state violence in a very specific way daily) is an act of rejecting the invisibilizing and disappearing work of the prison. When we intentionally decide on practicing radical empathy and solidarity we ourselves move toward healing.”

Tamar Sarai Davis is the criminal justice staff reporter at Prism. Follow her on Twitter @therealtamar.
Follow us on social for stories the mainstream media isn’t covering.
Want to support a new type of media outlet? Donate to Prism today. Our 100% women of color-led newsroom challenges toxic media narratives.
Donate Now →
Stories that challenge the status quo - right in your inbox.